The Logistics of St. Patty’s Day! 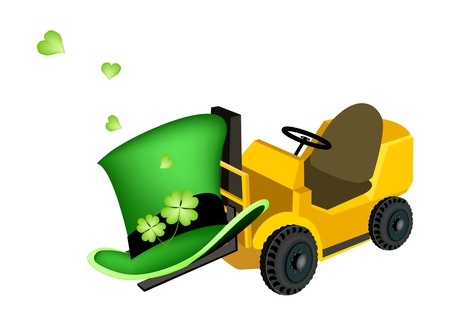 33 million Americans claim Irish ancestry, but St. Patrick’s Day is celebrated by the Irish and non-Irish alike. Today, greater than 122 million Americans celebrate Saint Patrick in one form or another. All this celebrating leads to profitable business, primarily in the form of food and alcohol consumption. Most celebrants probably never give a thought as to how all of that beer, corned beef, and parade gear move across the country during the weeks leading up to the holiday, but move it does.

While the Irish holiday places fourth as the most popular drinking holiday, St. Patrick’s Day ranks eighth in spending among major holidays in the U.S. In 2015, the average American spent $37 on St. Patty’s Day, making it a $4.14 billion-dollar-day nationally. Now it’s time to break down that 4-billion dollars and see how it looks on the American roadways and seaways. 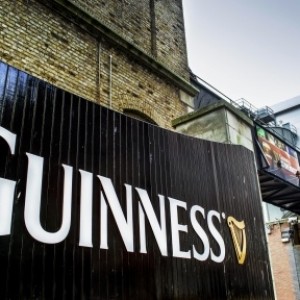 Well there are approximately 124 U.S. pints in the half kegs commonly stocked in bars. That’s 104,839 kegs or 1,889,534.88 cases (24/12-oz cans per case) of Guinness alone. A full keg weighs 160.5 pounds. A fully loaded semi-trailer can carry (average) 80,000 pounds, or 498 kegs of Guinness. That means for Guinness alone on St. Patty’s day, 210 fully loaded semi trucks will travel around the country delivering beer! Now multiply that number across all of the other non-Guinness beer brands, and that’s a LOT of trucks and a lot of beer. Many of the beer trucks will deliver a combination of cases and kegs, many of which will ride in refrigerated trailers.

The traditional Irish meal of bacon and cabbage has been Americanized over the years. In the U.S., corned beef and cabbage are the St. Patty’s Day staples. Cabbage is at its highest market in March. Annual statistics indicate that 2.3 billion pounds of cabbage are produced in the U.S. This demand is reflected in a 70 percent increase in cabbage shipments the week of St. Patrick’s Day alone. 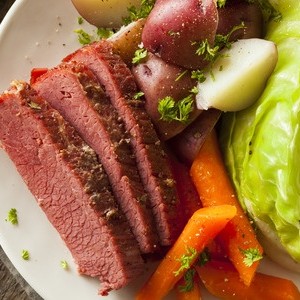 2.3 billion pounds of cabbage is the equivalent to 28,750 fully loaded semi trailers. And they are all on the road making deliveries the week before the holiday.

In conjunction with cabbage, 26.1 billion pounds of beef are produced and transported (based on 2009 figures). For reference, this value equals the weight of 6,525,000 cars and equal 326,250 fully loaded semi trailers. E.W. Grobbel and Sons in Detroit report that St. Patrick’s Day requires over 300 truckloads carrying 40,000 pounds of beef each shipped across the country from their company alone.

The clothing industry also has an in on the holiday. In 2015, 82 percent of celebrants wore green. Interestingly, the Irish tradition is to wear the colors of the Irish flag: green, white and orange. In the U.S., however, the tradition is all green. The price of a “Kiss Me, I’m Irish” t-shirt on CafePress runs $23.99 and starts at $15.95 on Amazon. Each of these shirts will be packaged and shipped via parcel to their recipient. 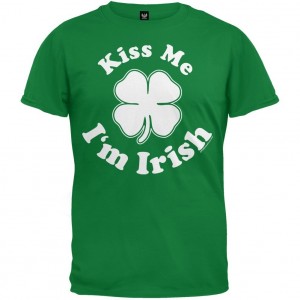 The above statistics do not even address the packaging and transporting of the holiday-themed parade and party supplies. Twenty-three percent of Americans will decorate their home or office to get in the spirit. Hallmark confirms that 100 different cards are developed for this holiday and statistics reveal that seven million St. Patrick’s Day cards are exchanged. 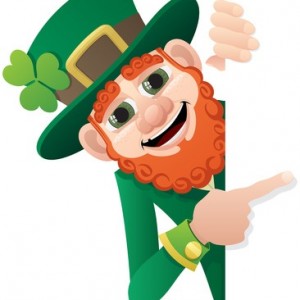 The top-ranked festivities in New York, N.Y. began in 1762 and now boasts two million spectators. New York has hosted this famous event for 248 consecutive years. Chicago, Illinois hosts the second-ranked parade which started in 1843 and draws one million celebrants. The Southie Parade of Boston, Massachusetts falls third in rank and holds the title of the oldest beginning in 1737. Spectators in South Boston range from 600,000 to one million.

As of 2013, the U.S. contained 162 synthetic dye and pigment manufacturing establishments. This fact supports Chicago’s city-wide celebration that not only hosts a parade but includes using 45 pounds of vegetable-based dye to turn the Chicago River green since 1964. The White House and others utilize these companies to dye fountains green every March.

For even more fun, the World’s Smallest Park was named by the Guinness Book of World Records in 1971. This Mill Ends Park in Portland, Or. was dedicated on St. Patrick’s Day 1948 by Dick Fagan. The park was built on the legend of Patrick O’Toole. Fagan named it “the world’s largest leprechaun colony west of Ireland.”

Finally, the shamrock representing the Holy Trinity remains a mainstay of St. Patrick’s Day celebrations both religious and secular. In 2007, Edward Martin Sr. from Alaska collected the largest group of four-leaf clovers. The collection took him over eight years to compile and boasted 111,060 green beauties.

So, this year as you eat your corned beef and cabbage, or wash it down with a pint of Guinness, raise a glass to the mighty men and women who worked tirelessly and traveled the many long miles to help ensure your St. Patrick’s Day is a happy one!

If you’re a Traffic or Warehouse Manager and never want to miss a Happy Hour again, click below to down load the whitepaper and learn how to keep your products moving and the beer flowing!

Dan Ramella is a member of Amware's executive team, helping drive growth and manage key relationships. With over 20-years experience in the transportation and logistics industry, Dan has helped Amware become one of Northeast Ohio's premier 3PLs